HOW NOT TO BE MISLEAD BY FALSE BLUE LIGHT PROTECTION 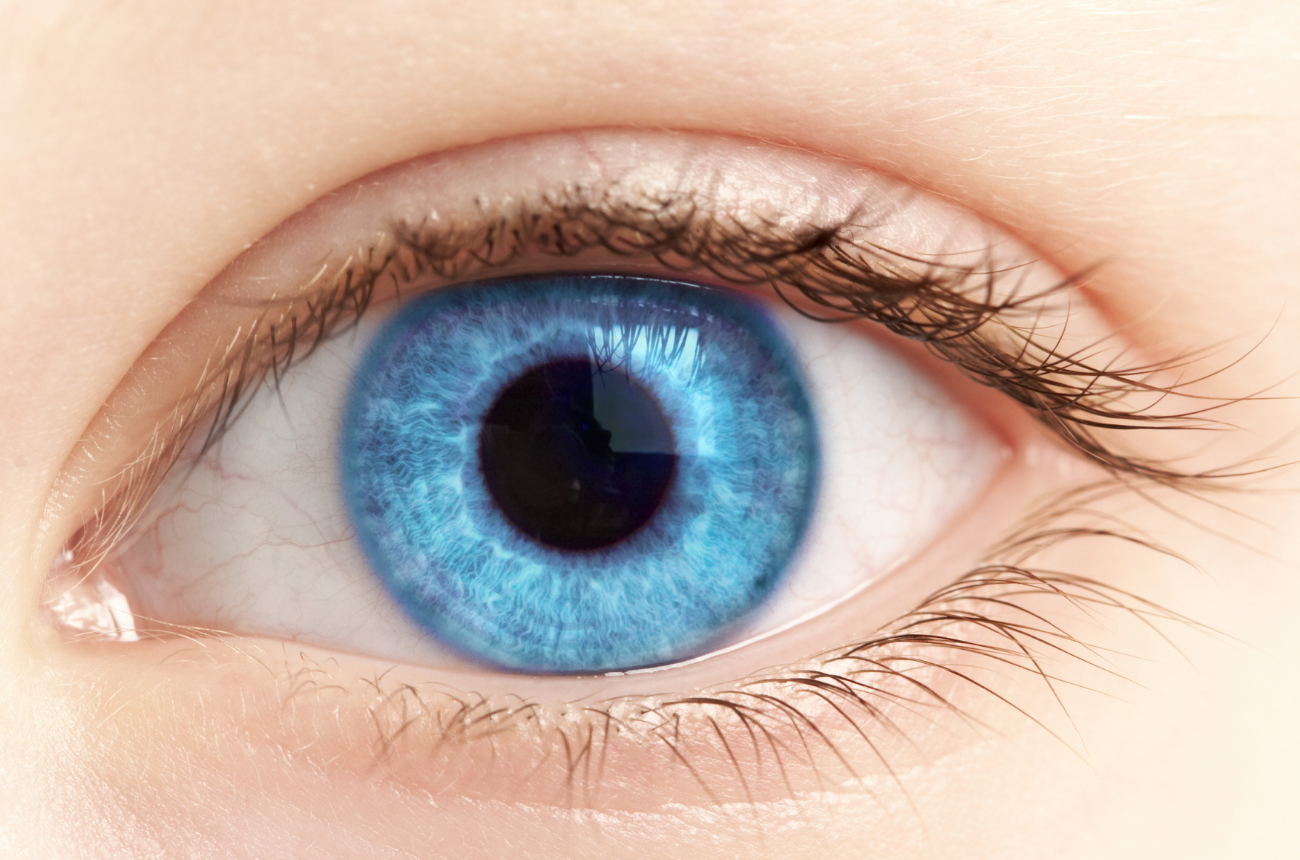 We are spending more time using our computers, smartphones, TVs and other electronic devices. The current global situation has further reinforced this trend, such as through remote learning. Moreover, the report "Four fundamental shifts in media & advertising during 2020" indicates that, during the pandemic, the users of new technologies spend more than twice as much time in front of their screens than usual (an average of 6 hours 59 minutes a day). Such a situation cannot be without impact on our health. We are not only talking about the impact of blue light on vision, but also on other processes occurring in the body, including those related to hormone secretion. The need to avoid the negative effects of this type of radiation has led to the development of an innovative protective technology.

It looks worse than it is – is blue light really harmful?

Blue light is emitted not only from the screens of electronic devices. It is also present in nature as a component of sunlight. It is the long exposure to artificial sources and its consequences that have caused this widespread concern. However, blue light should not be entirely demonised. One of its main benefits is its stimulating effect on concentration and vitality – often compared to the effect of caffeine. As you can see, blue light can be beneficial to the body, as long as exposure is monitored and moderate. If we ignore it we risk more than dry, red and tired eyes. What else can long hours spent working or playing in front of a screen cause?

It looks worse than it is – is blue light really harmful?

Blue light is emitted not only from the screens of electronic devices. It is also present in nature as a component of sunlight. It is the long exposure to artificial sources and its consequences that have caused this widespread concern. However, blue light should not be entirely demonised. One of its main benefits is its stimulating effect on concentration and vitality – often compared to the effect of caffeine. As you can see, blue light can be beneficial to the body, as long as exposure is monitored and moderate. If we ignore it we risk more than dry, red and tired eyes. What else can long hours spent working or playing in front of a screen cause?

Exposure to blue light emitted from device screens has been the subject of many scientific publications. Researchers often state that it influences, for example, the course of the human biological rhythm. This relates to the triggering of specific hormonal changes. The route for this signal starts in the eye and the retina and ends in the visual cortex. Information about light is also sent to the pineal gland. The pineal gland is a small gland in the brain, which secretes a hormone known as melatonin that regulates the circadian rhythm. This substance is released at night and is responsible for restful sleep. Blue light disturbs this process – our body interpreting it as a signal to remain alert. Studies show that using a computer for just 2 hours reduces melatonin production by 22%. Long-term exposure to this type of radiation may therefore be associated with insomnia and a lack of regeneration, and consequently lead to other ailments, including diabetes and obesity. Reducing the secretion of melatonin also has negative consequences due to the fact that, in addition to its regulation of the circadian rhythm, this hormone also shows antioxidant and immune system-boosting properties.

Can blue light damage the retina?

Sleep problems are only some of the issues for people who spend long hours in front of a screen every day. Scientists mention the worrying effect of blue light on the innermost membrane of the eyeball, the retina.

The risk of damage to the retina is known as Blue Light Hazard (BLH). There is increasing discussion about the harmful effects of blue light in terms of accelerating the ageing process of the retina and the development of macular degeneration.

This ailment is sometimes called one of the lifestyle diseases of the 21st century and, eventually, may even result in blindness.

How can we minimise the impact of blue light on the body?

As awareness of the negative effects of blue light increases, so has interest in products that block this type of radiation. Since we know the path that the light signal travels, we also know how important it is to protect the eyes. The most popular solution are glasses equipped with special lenses. Manufacturers offer a wide choice, but before buying a pair of glasses it is worth checking the parameters of individual types. A comparison of the main blue light blocking technologies allowed to assess the effectiveness in terms of reducing harmful radiation. Conclusions?

But what is melanin and why is it so effective?

Melanin – the secret of effective protection

Melanin is a pigment found in many organisms, including humans. It determines the colour of the skin, hair and iris. The important factor from the perspective of optics is that production of this substance by the body can be considered a system of natural photoprotection. This is because melanin has the ability to absorb radiation over a broad range.

However, due to the frequency and intensity of exposure to blue light, such protection is not sufficient. Developments in knowledge and technology have made it possible to create glasses that have the properties of this natural filter, making it possible to reduce the harmful effects of radiation to a large extent.

How are melanin glasses made?

We already know that melanin can be obtained from natural sources. For a large number of customers, the method of production, in particular that of obtaining the raw material, is an important factor in addition to the effectiveness of the glasses. The melanin used to create mGeekglasses is obtained from micro-organisms grown in a laboratory. This patented technology offers a competitive advantage and, although expensive, provides a valuable source of cruelty-free material.

The highest standard in the optical industry

Effective protection against blue light is not the only aspect to consider when choosing glasses. There is the Abbe value as well. What does this term mean? The Abbe value is a measure of the quality of the lens material and is related to the scattering of light and therefore image sharpness. It is recommended that optical materials have an Abbe value of no less than 40 for accurate image reproduction. The mGeek glasses have the same Abbe number as the human eye (45) and therefore provide sharp and comfortable vision. In addition, the lenses improve the performance in the Farnsworth-Munsell 100 hue test – this means that they enhance the wearer’s ability to distinguish colour tones.

The breakthrough Blue Light Blockers technology is the answer to the needs of the digital world. The uniqueness of melanin lenses lies in the guarantee of the highest protection against blue light, which can cause sleeping problems and retinal damage, as well as other issues. At the same time, the ophthalmic lenses fitted in mGeek glasses do not distort the image, but ensure comfort and high-quality vision, and even improve colour perception. An undoubted advantage is also their wide application. The glasses are useful not only for work, study and entertainment in front of the screen, but also while driving a car, because they eliminate the problem of being dazzled by the headlights of other vehicles. With mGeek glasses, anyone who wants to take better care of their health and well-being do not have to sacrifice stylish looks – the spectacular frames are available in 3 sizes. 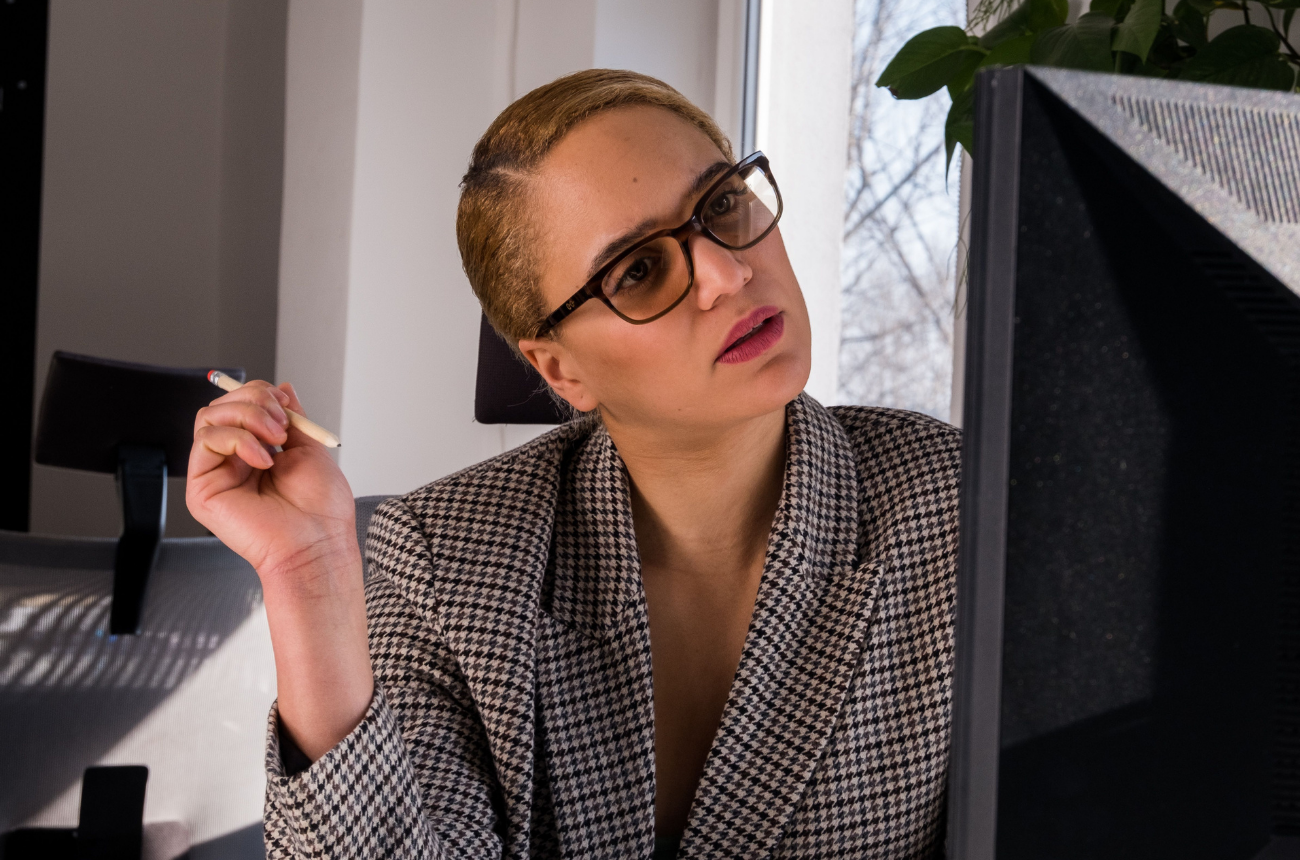 The natural and most important source of light is the sun, and our body takes advantage of the blue light it produces and adjusts to the amount by producing the appropriate hormone called the sleep hormone, melatonin, in the pineal gland. 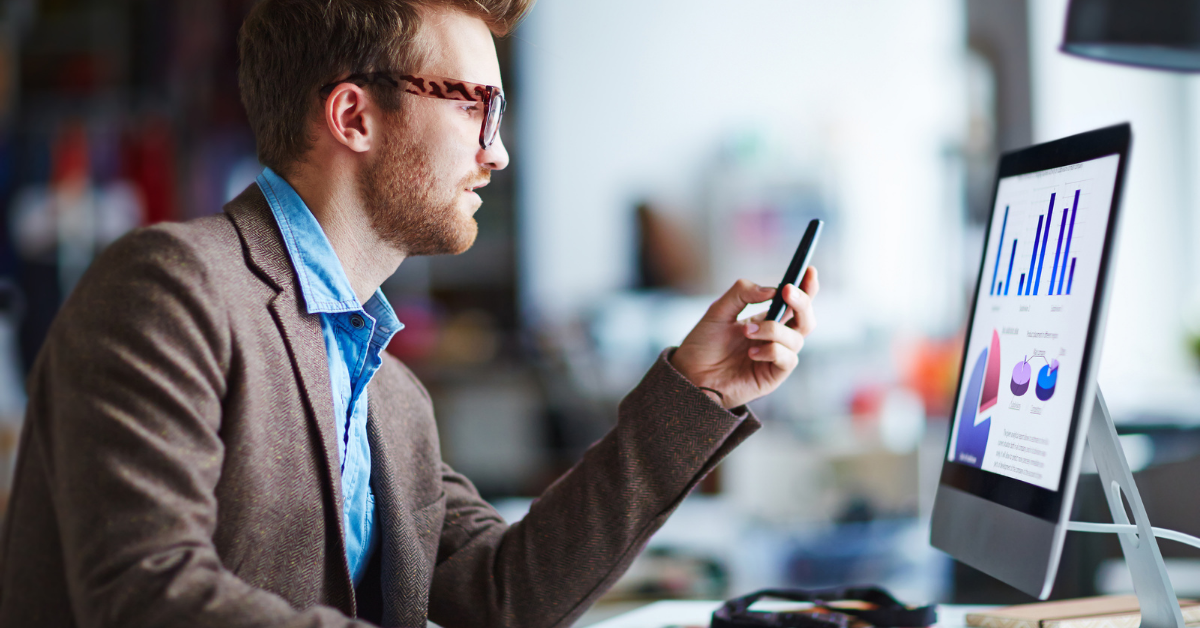 How to stay productive working in front of the screen?

How to help yourself stay in good condition when you work at the computer for more than 5 hours a day? 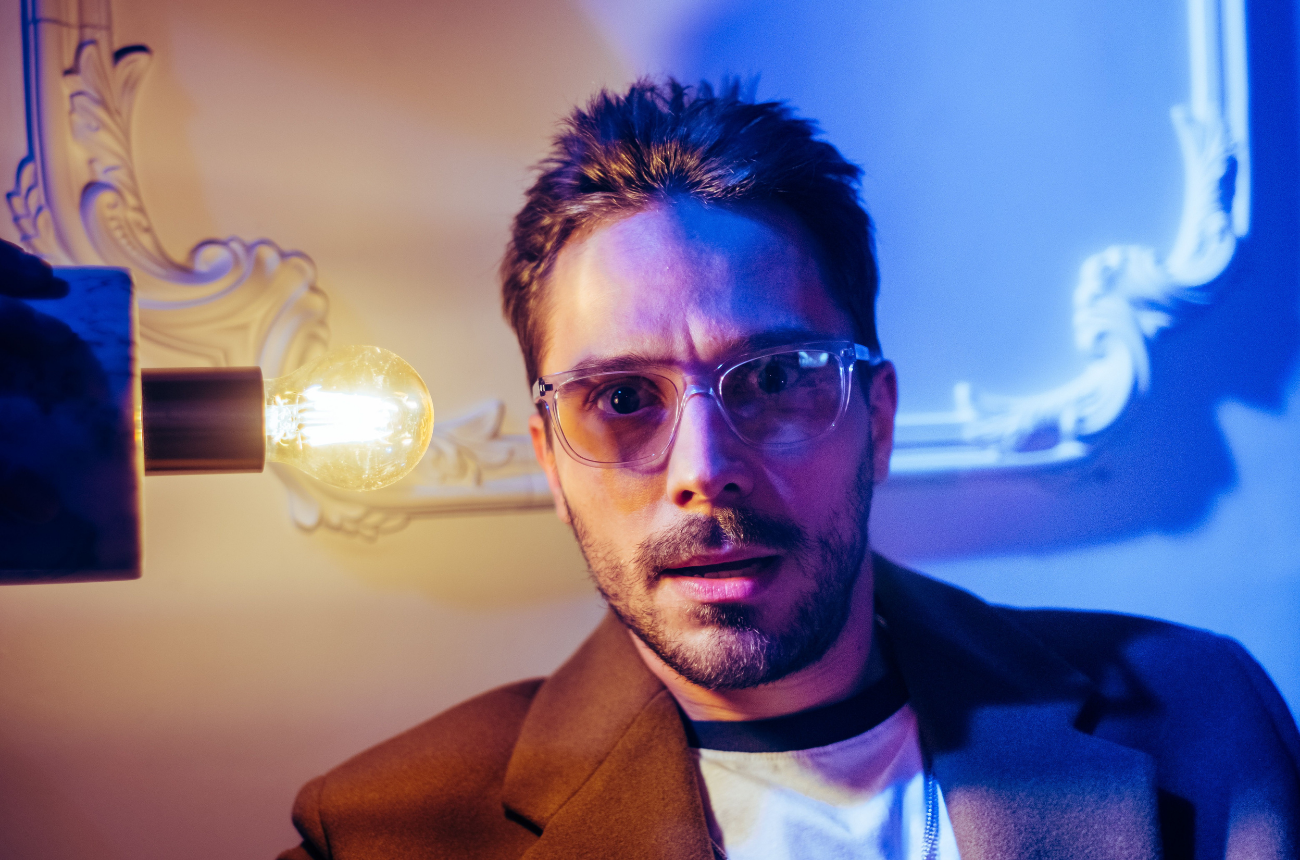 In addition to traditional optical lenses we also make eyeglass lenses of MELANIN material. It is the best protection against harmful effects of blue light, even > 90%. MELANIN is a pigment naturally occurring in the body. It gives color to our skin, hair and iris.